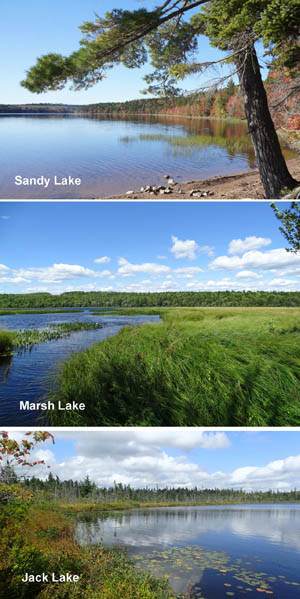 “Surface water is any body of water above ground, including streams, rivers, lakes, wetlands, reservoirs, and creeks. The ocean, despite being saltwater, is also considered surface water. Surface water participates in the hydrologic cycle, or water cycle, which involves the movement of water to and from the Earth’s surface. Precipitation and water runoff feed bodies of surface water. Evaporation and seepage of water into the ground, on the other hand, cause water bodies to lose water.

“Water that seeps deep into the ground is called groundwater. 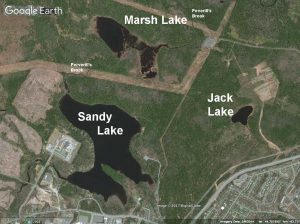 The three lakes of Sandy Lake & Environs shown on Google Earth. Sandy Lake flows into Marsh Lake and thence into the Sackville River. Jack lake is in a separate watershed. Sandy Lake, but not Marsh Lake and Jack Lake receives waters from storm sewers.
Click on images on this page for larger versions

THE THREE LAKES
There are three lakes in the area encompassed by Sandy Lake and Environs/ the proposed Sandy Lake-Sackville River Regional Park:

Jack Lake, on a separate watershed, 2.8 ha, 7 m max depth; very acidic, boreal in nature;  drains into Papermill Lake (outside of the proposed Sandy Lake Regional Park) and thence to the Bedford Basin.

Some morphometric and water chemistry data for the three lakes from the Jack Lake CHMC/NSDH Report (1986) are given below: 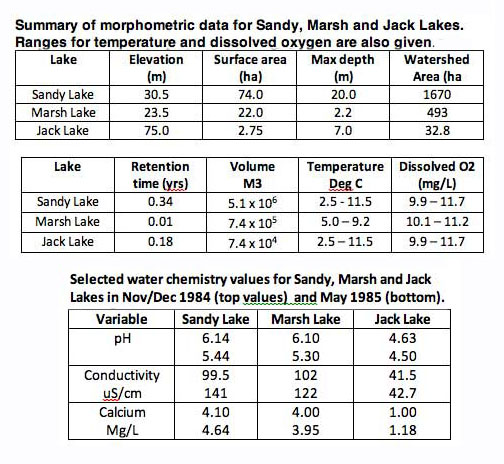 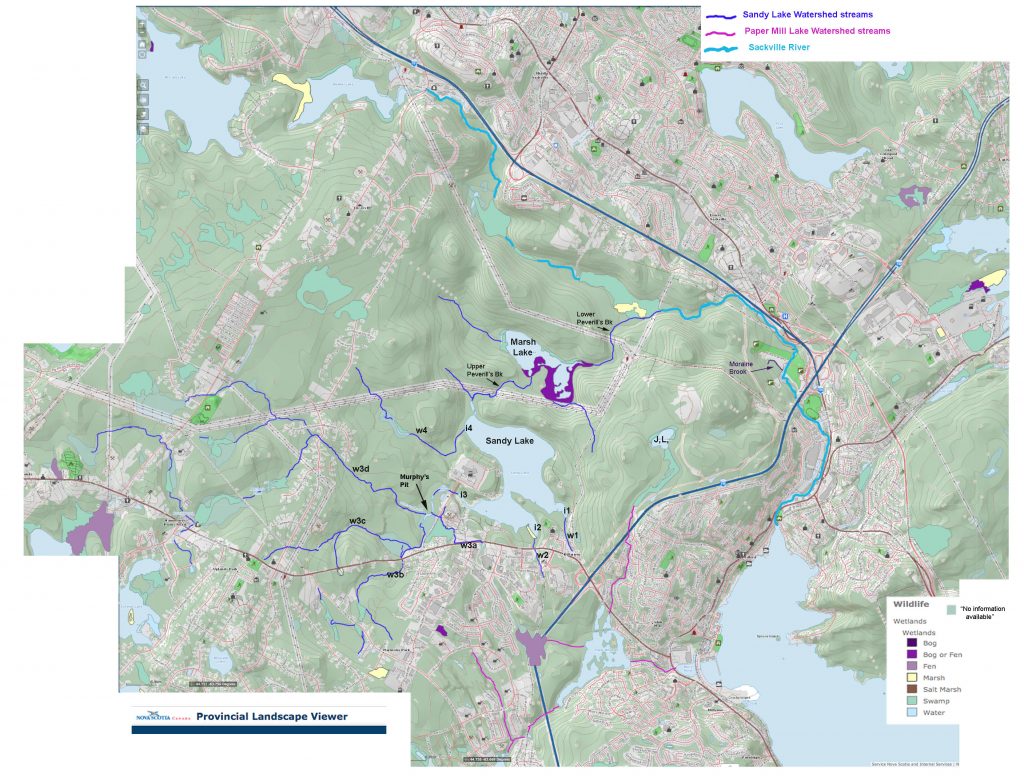 From the NS Provincial Landscape Viewer 8Jan2021. Click on image for larger version. Streams within the Sandy Lake watershed  and in other watersheds within the proposed Sandy Lake-Sackville River Regional Park are highlighted. i1-i4: Major inlets on Sandy Lake. w1-w4: Major  watercourses associated with each of the 4 inlets. Wetlands: view key at bottom right. Note: some areas or patches within watercourses are labelled “No Information Available“, so their status as “wetlands” is not clear from the PLV. They could,  for example, be floodplain forest, which is not classified as wetland, or they might be swamp or marsh. Smaller streams are not identified in the PLV. Lakes:  Sandy Lake flows into Marsh Lake and thence to the Sackville River. Jack Lake (JL in map above) flows into Papermill Lake and thence into Bedford Basin. 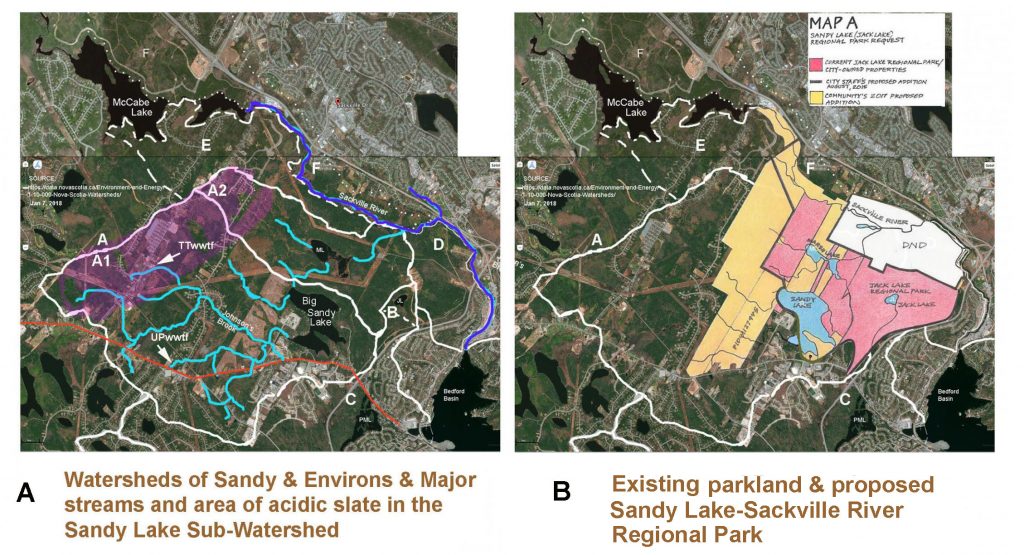 The greatest flow into Sandy Lake is from Bobs Brook and other tributaries from the western portion of the watershed. Bobs Brook and its tributaries accumulate flow from Lucasville, Uplands Park, Kingswood North and Atlantic Acres Industrial Park. Two small, unnamed streams flow northward into the southern portion of Sandy Lake.
Two additional small, unnamed streams, likely fed by spring water, originate near the base of the northwest uplands area and discharge into the northern end of Sandy Lake and the upper reaches of Peverills Brook. Sandy Lake flows into Marsh Lake via Peverills Brook and from Marsh Lake into the Sackville River. Additional stream flow into Marsh Lake originates from the drumlins to the northwest of Marsh Lake and from one small stream flowing north into the southern portion of Marsh Lake.