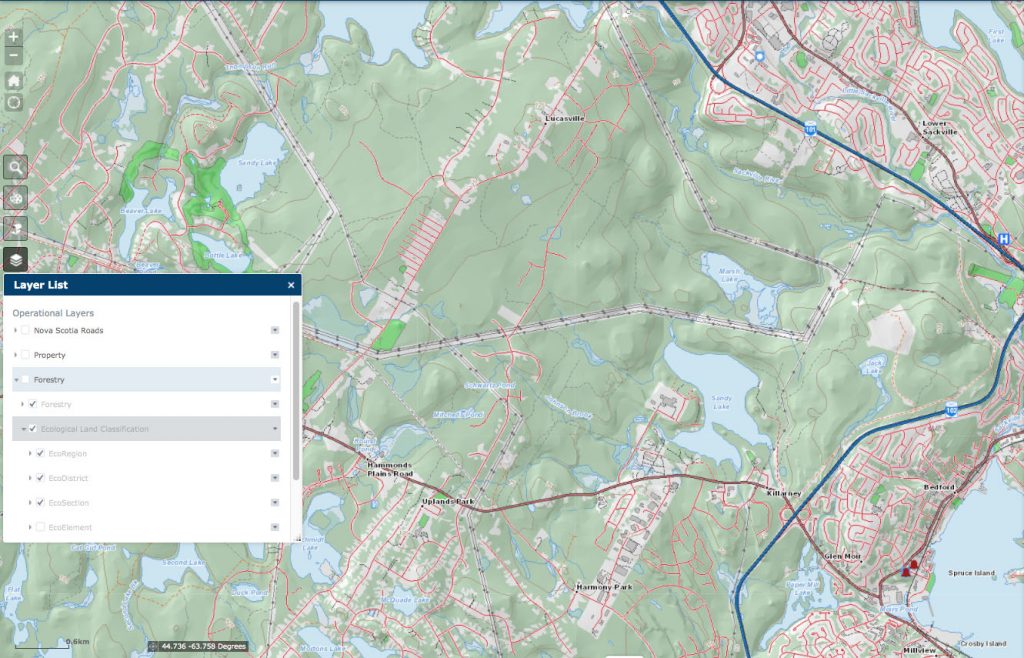 Base Map from the Provincial Landscape Viewer 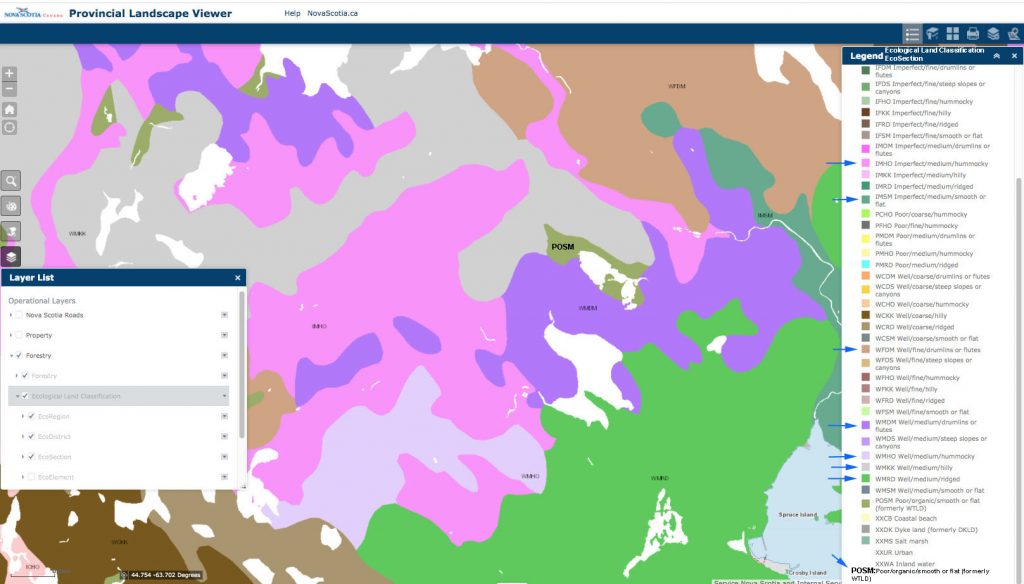 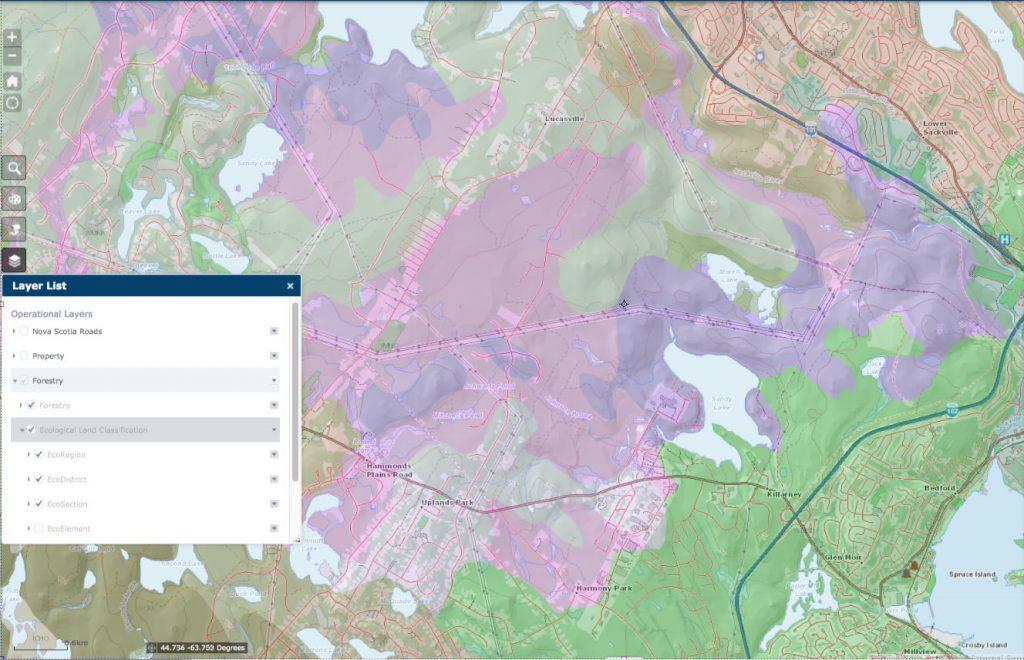 2005 Version includes an Ecodistrict 420; during a revision it was removed and combined with 440 Interior.

The Sandy Lake watershed is located the Eastern Ecoregion of Nova Scotia. Ecoregions in Nova Scotia are subdivisions of the larger Acadian Ecozone and are characterized by a distinctive ecological response to climate through soils and vegetation (Neily et al. 2003). Ecoregions are further subdivided into ecodistricts that reflect the major landforms within an ecoregion. Ecodistricts have geology and soils that are distinct from adjacent ecodistricts. Two ecodistricts are present within the Sandy Lake subwatershed: (1) the Eastern Drumlins Ecodistrict (unit 420) around Sandy Lake and downstream to the Sackville River and (2) the Eastern Interior Ecodistrict (unit 440) occupying the remaining two thirds of the subwatershed (NSDNR 2007).

Drumlins are low, rounded, oval mounds of glacial till. The Eastern Drumlins Ecodistrict is underlain by greywacke and slate, which in turn are covered by fine-textured tills derived from these underlying and adjacent rocks. The soils are predominantly fine textured loams over sandy clay loams (Neily et al. 2003). The well-drained drumlins and hummocks in the Eastern Drumlin Ecodistrict support hardwood stands composed of yellow birch, sugar maple and beech on the upper slopes. Lower slopes are typically occupied by red spruce; black spruce dominates where drainage is poor between the drumlins.

In contrast, the soils of the Eastern Interior Ecodistrict are typically thinner and interspersed with exposed bedrock consisting of Meguma Group quartizite and slate. Soils are typically sandy loams, often stony and well drained on till derived from quartzites. On the shallow soils forest cover may consist of scrub hardwoods such as red maple and white birch, with scattered white pine and black spruce underlain by a dense layer of shrubby vegetation. On the deeper, well drained soils stands of red spruce may be present. Stands of hardwood may be found on the crests and upper slopes of hills and both beech and hemlock occur on these deeper, well drained soils (NSDNR 2007).