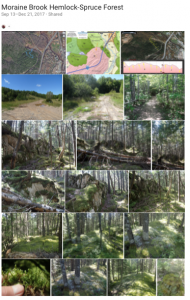 The albums listed below are in progress; more photos will be added to most of them.
As well, more albums will be posted.

Unless otherwise stated, photos on this website were taken by David Patriquin and may be used under the conditions of a Creative Commons License. 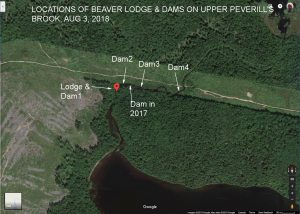 Locations of the new beaver lodge
and the 4 dams on Aug 3, 2018
Click on image to enlarge