Some morphometric and water chemistry data
From the Jack Lake CHMC/NSDH Report (1986): 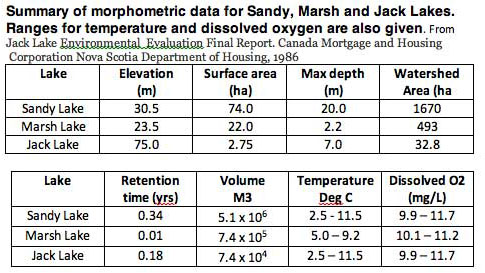 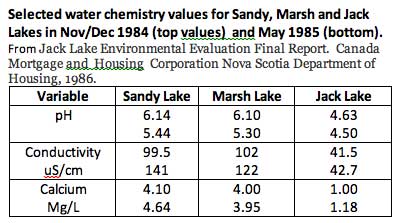 Jack Lake is an acidic, oligotrophic, headwater lake located near Bedford, Nova Scotia, Canadc (Figure 1.1). Aside from hiking trails and a small access road, the watershed is forested and undeveloped. Some limnological characteristics of Jack Lake are listed in Table 1.1. Jack Lake was stratified from late May to September at a depth of 3.5 to 4.5 m. Oxygen levels in the littoral zone were always near saturation, even at the sediment-water interface. Low oxygen levels (less than 1 mg-1″1) were observed in the hypolimnion from July to September. The flushing of meltwater through peat deposits surrounding Jack Lake caused visible staining of lake water in May. With stratification, waters in the epilimnion rapidly cleared, while darker water remained trapped in the hypolimnion. A Secchi disk was always clearly visible to the depth of the thermocline, after which it rapidly disappeared. 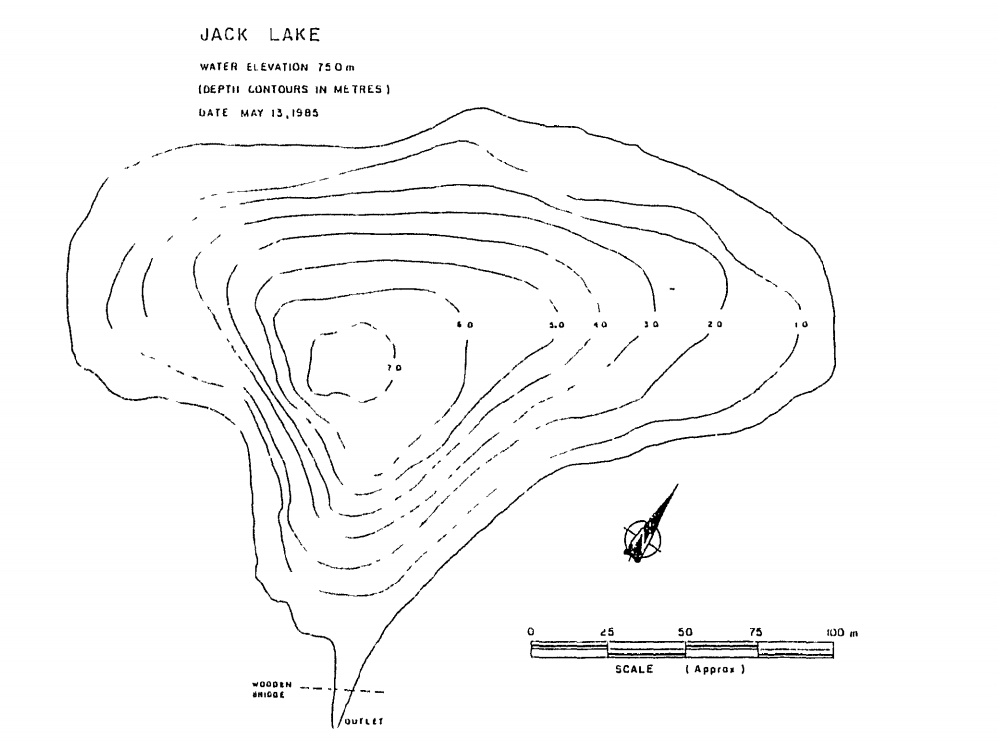 No fish were collected during extensive electrofishing surveys (P. Lane and Associates Limited 1985) or were observed during hundreds of hours of SCUBA diving for this study. Apparently, the low pH, high aluminum levels and limited access up the shallow outlet stream have prevented the establishment of fish populations. Waterfowl were rarely observed. Herbivorous tadpoles were seasonally abundant.