More videos to be posted 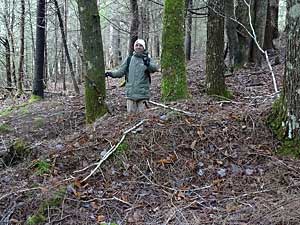 Except for the drone videos, these are minimally edited, amateur videos from my “field notes”. Those were taken in most cases as low-res videos, however, for some and most of those listed here, I took some hi-res videos. They are far from professional but I think give a sense of the places.

Sandy Lake & Environs from the air
Drone video Oct 9, 2017. Sweeping views of Sandy and Environs as the leaves are changing give a sense of the landscape.

The Upper Wetland
The “Upper Wetland” on Northwest Brook. The brook opens up for a stretch bordered by floating mats. It’s a a boreal setting quite different from the wetlands along the waterscourse from Sandy lake to the Sackville River. July 5, 2017

Peverill’s Brook/Marsh Lake
Upper Peverills Brook runs between Sandy Lake and Marsh Lake, Lower Peverills Brook fror March Lake to the Sackville River. The video shows pieces of the upper brook with digger logs that the Sackville Rivers Association installed in the brook to improve habitat for salmon; and the magnificant vires where the brook flows into Marsh lake. August 17, 2017.

The Ups and Downs of Pit and Mound Topography
In this video taken in hardwood forest above Sandy Lake, Bedford, Nova Scotia on Dec 4, 2017, I walk across a series of pits and mounds to give a sense of the rolling topography. The mounds were formed probably about 150 years ago by uprooting of large, old growth trees as hurricane winds from the south made landfall on the Atlantic coast of Nova Scotia. The site is only a few kilometers inland.