“We need to be creative and think outside the mandated boxes. If we do so, we create a general model for satisfying the three main demands [to conserve environmentally sensitive lands, increase housing and make it profitable to do both] that also apply elsewhere in HRM, even across Canada.” 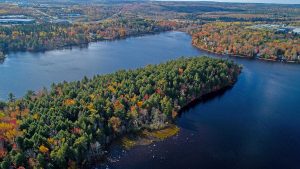 View looking towards the southwest extremity of Sandy Lake.  Clearcuts that can be observed at top right are on some of the land proposed for fast-tracked development.  Those lands also lie within a  corridor for movement of wildlife on and off of the Chebucto Peninsula and locally and include headwater streams for Sandy Lake. Click on image for larger version
See more views From the Air

In an op-ed in the Chronicle Herald published on July 2, 2022,  Bluff Trail founder & Philosophy Prof (retired) Richmond Campbell suggests that land swaps could be a win-win-win solution to the the ‘Sandy Lake versus Development Dilemma’.

In such swaps, developers would acquire land suitable for fast-tracked housing  development currently held by HRM or the provincial government in exchange for environmentally vulnerable land owned by the developer.  It would a be a win-win-win, says Campbell:

1. for environmentalists wanting to conserve biodiversity, to fight climate change, and to preserve the recreational and educational values at Sandy Lake;
2. for those who rightly recognize the need for fast-tracking housing;
3. for the developers who expect to make a profit in building the needed housing and who respect the environment.

Specific proposals and an apparent willingness of the developer to consider land swaps  are cited in a 4 page document prepared by the The Sandy Lake-Sackville River Regional Park Coalition for a meeting with the Housing Task Force earlier this year.

Campbell notes that there are some hurdles to overcome:

The housing task force’s senior executive director, Vicki Elliott-Lopez, said that  land exchanges were not in her mandate. On May 3, Environment and Climate Change Minister Tim Halman said the same applied to his department. Fair enough, but the government can make the option of land exchanges become part of their mandates. Such land exchanges are neither unlawful nor unusual. 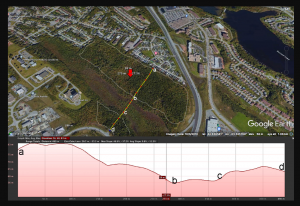 We need to be creative and think outside the mandated boxes. If we do so, we create a general model for satisfying the three main demands that also apply elsewhere in HRM, even across Canada. That flexibility fits well with the premier’s open style. What significant impediment stands in the way?

…Better to work out the details of a solution that reflects all our values and enhances the immense attractions of HRM than to pursue a plan that serves only one or two of the three interests mentioned and, with the threat of climate change, perhaps even those not for long. 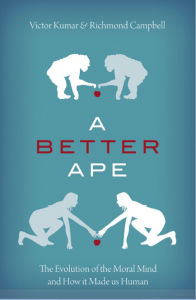 Campbell speaks from reason and experience. His academic speciality is Philosophy of Science; he lives it and breathes it. His latest book, coauthored with Victor Kumar, is  A Better Ape: The Evolution of the Moral Mind and How it Made us Human (OUP 2022). They argue that humans have evolved the moral capacity to save our species and others from extinction.

Campbell was driven by some of the same scientific and moral reasoning combined with his passion for the wilderness when he cofounded the Woodens River Watershed Environmental Organization (WRWEO) in 1995 and later spearheaded the development of The Bluff Wilderness Hiking Trail (“The Bluff Trail” for short).

Campbell founded WRWEO when  some wilderness land in the Hubley area was up for development. Residents of the area were asked whether they supported the development proposal and the developer withdrew his development application when it garnered just under 75% approval.  In the process, however,  he became a firm supporter of the new organization  and went on to develop other properties in the area with an ecological focus. 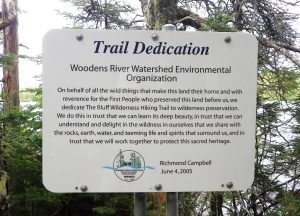 Trail dedication  for The Bluff Trail

Campbell’s vision of The Bluff Trail was to facilitate access to a piece of the ‘Chebucto Wilderness Area’ so that citizens would become more supportive of efforts to protect it. The trail opened in 2005 and gained quick recognition as a preeminent wilderness trail close to a major urban  centre. 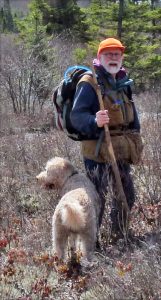 Campbell on The Bluff Trail

Use of The Bluff Trail has continued to increase and the now relatively large area of protected land on the Chebucto Peninsula, combined with many trails, canoes routes, designated ATV routes  etc.,  has clearly contributed to HRMs reputation as a great place to live and work.

So why not, asks Campbell, apply the same proven approach to Sandy Lake and other environmentally sensitive lands currently targeted for fast-tracked housing development?

It is indeed special. Its watershed through to the Sackville River was identified in 1971 by a joint federal-provincial-municipal project as an extremely rich ecological unit worth preserving for all time. Part of it is already a regional park.

Wild Atlantic Salmon have returned to Sandy and Marsh lakes through the Sackville Rivers Association’s 35 years of work. Building would increase potential for flooding downstream in Bedford and impact the park’s immense natural assets. The area is even more important now than in 1971 to counter climate change and biodiversity loss and as an important wildlife corridor to the Chebucto Peninsula.

Some insist they can build without harming lakes, but scientists tell us lake quality and habitats always go down. A 2013 AECOM study on Lake Charles stated “the primary human activity impacting water quality is changes to land use resulting from development within the subwatershed.”

In 2018, the developers offered to trade if the city would seek a win-win land trade. But this option was never presented to regional council because some councillors want the developer to pay for 50 per cent of the cost of upgrading the Hammonds Plains Road in exchange for development.

Long after the housing crisis is behind us, the city will continue to grow, with new areas coming on tap. This special lake and the park should not be sacrificed for road upgrades or to solve a housing crisis. It makes sense to trade lands to save this outstanding ecological area.

Premier Tim Houston, please recognize why citizens have worked so hard and so long to preserve this place, require your government to remove Sandy Lake from your housing list, and preserve this treasure for all time.