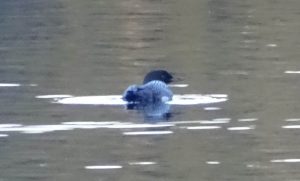 Loon on Sandy Lake at dusk

On Monday April 19th, Ed G and I lowered a probe to the deepest part of Sandy Lake and found that the lake had “turned over” and was well oxygenated from top to bottom. View the limnological limnological profile.

That was normal for a “dimictic” lake, but I had some concern that rising salt inputs could at some point inhibit spring turnover.  So this was good news, at least for 2021.

It was approaching dusk as I prepared to leave and the call of a loon provided some further good news. 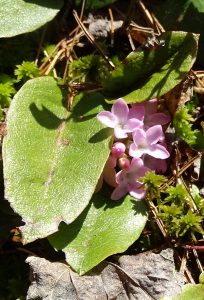 On Wednesday Apr 21st, I took a walk with my grandson to Jack Lake. A few Mayflower  plants (also called Trailing Arbutus) were in bloom, the first I had seen this year.

We side-tracked in a few places to check for the occurrence of an orange-coloured alga on exposed  faces of rock ridges that occur to either side of the trail to Jack Lake. When I first noted this organism a few weeks previously, I had thought it was an unusual occurrence of an orange coloured lichen that is common on rocks by the ocean. But a closer view revealed it had a different structure and I was able to identify it as a species of Trentepohlia, an alga whose orange colour is due to the presence of carotenoids. I checked with a friend who is an expert on plants growing on rock faces in NS; she had seen it but not commonly in NS. 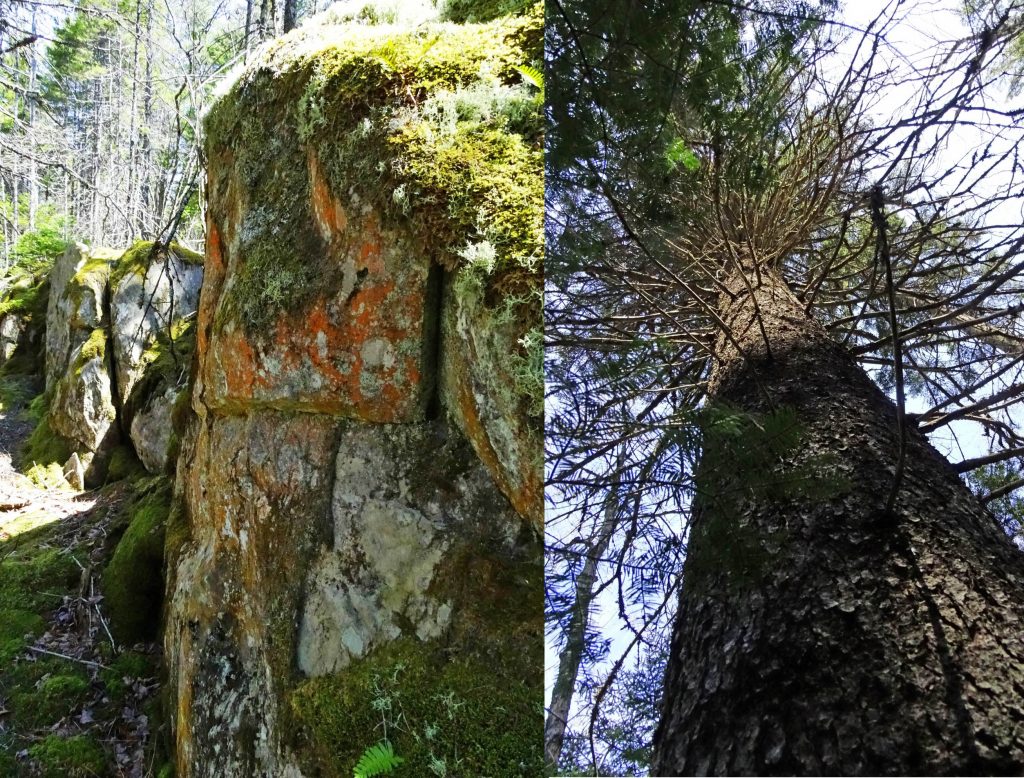 We noted some  magnificent big red spruce, hemlocks and yellow birch along the way.

Jack Lake has a boreal ambiance, bordered by wetlands and wet black spruce forest; it felt secluded and serene. (The bugs were not yet out!) 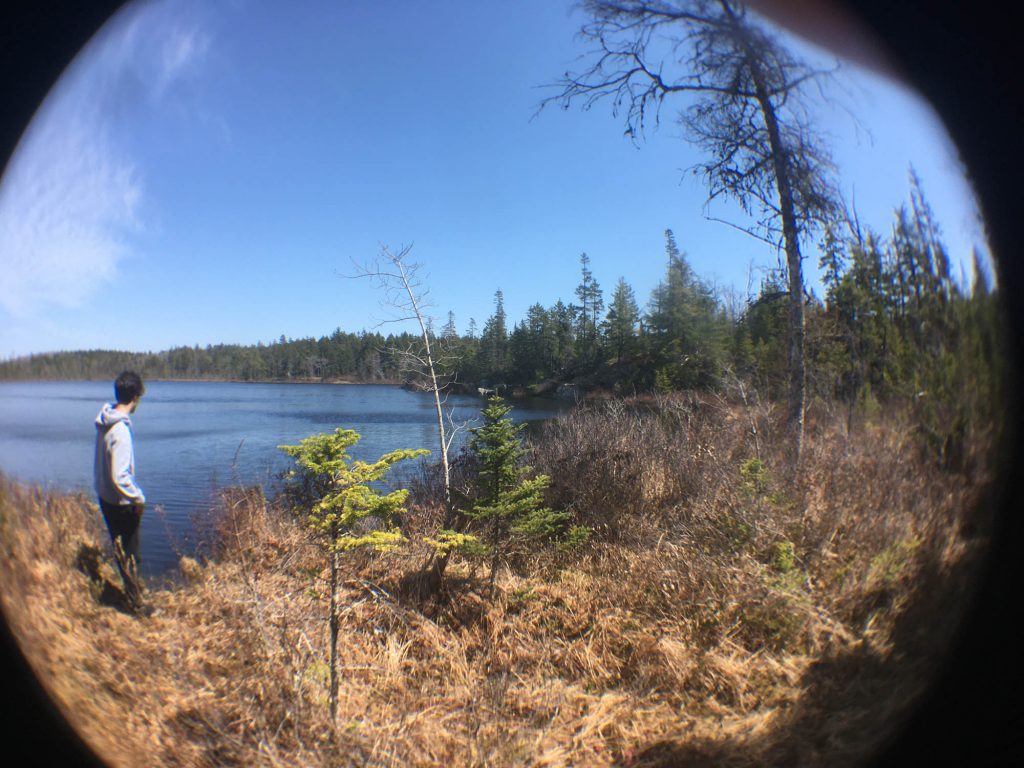 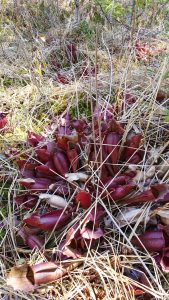 There was a beautiful clump of pitcher plants where we walked close to the water.

Leatherleaf had not yet flowered.

This entry was posted in natural history, Sandy Lake. Bookmark the permalink.