The Common Snapping Turtle is listed both by COSEWIC and SARA as a species of Special Concern. And it is found in the Nova Scotia Endangered Species Act under Vulnerable. 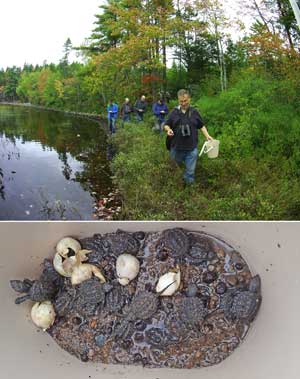 Our surveys in the proposed park identified several important Common Snapping Turtle locations, including those that are currently being used as: 1. successful nesting sites, 2. attempted breeding sites, 3. feeding locations, 4. important travel corridors and 5. winter hibernation spots. However due to time restrictions it is highly unlikely that these surveys located all sites within the study area that are of importance to the survival of this species.
Snapping Turtle activity was detected at the following four locations within the proposed park boundaries:

1. SANDY LAKE While most of the nearby lakes in Hammonds Plains and Bedford have lost their nesting habitat for Snapping Turtles, Sandy Lake still has at least one successful breeding site. Habitat improvement projects are currently underway by the Nova Scotia Turtle Patrol to improve areas along the Sandy Lake shoreline where Snapping Turtles are still making attempts to breed but are no longer able to do so successfully. Sandy Lake also serves as a summer feeding site and the only confirmed winter hibernation site within the Sandy Lake Proposed Park.

2. JOHNSTON’S BROOK Johnston’s Brook flows into the southwest corner of Sandy Lake. It crosses underneath the lane into the Agropur Cooperative Dairy Bedford Plant then splits into two forks. The Northern Fork crosses Gatehouse Run and is being fed by two wetlands, one wetland lying between Lucasville Road and Hammonds Plains Road, and a second wetland lying between Gatehouse Run and Lucasville Road. In addition is it also connected to a series of small ponds along Voyager Way on the south side of Hammonds Plains Road. The Southern Fork winds its way through low lying areas located along the Farmers Dairy Road and skirts a drumlin before crossing over the Hammonds Plains Road. Snapping Turtles were found travelling along the entire length of these forks with unsuccessful breeding attempts at several locals. 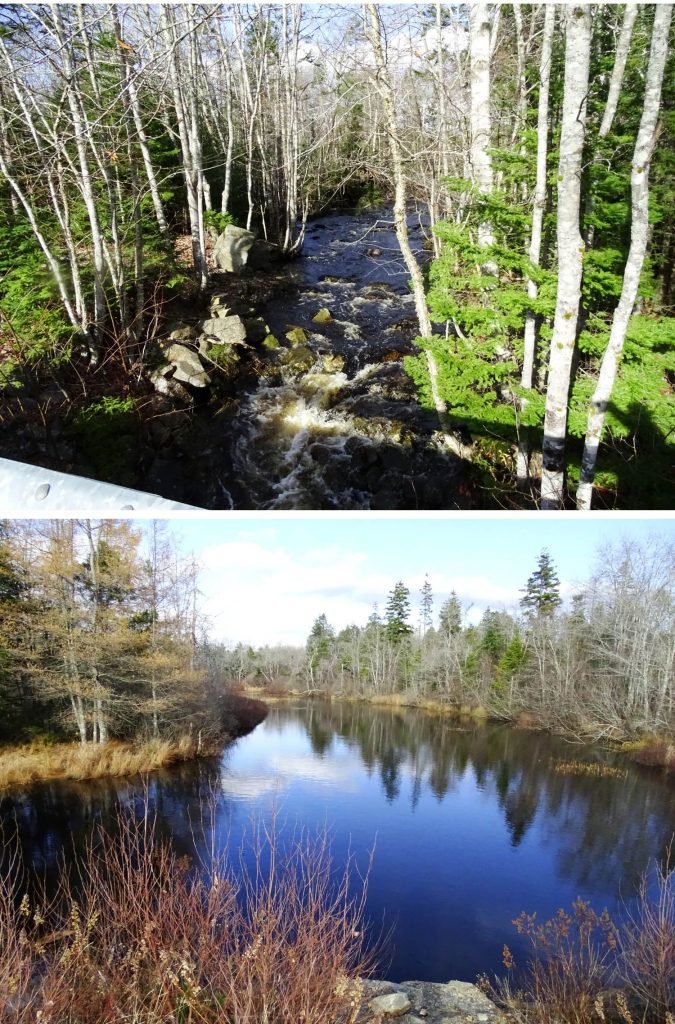 3. JACK LAKE Snapping Turtles were discovered using the connector stream between Jack Lake and Paper Mill Lake. This stream is currently being used as a corridor for Snapping Turtles travelling between the two bodies of water. (See Map 2: Wildlife Corridors) Currently only unsuccessful breeding attempts have been recorded at Paper Mill Lake and there is insufficient data to determine if Snapping Turtles are attempting to breed in Jack Lake. However adjacent breeding habitat indicates that they likely are.

4. SACKVILLE RIVER The Sackville River offers the largest and most easily used corridor for Snapping Turtles traveling in and out of the proposed park boundaries. The river also provides unique feeding opportunities not available anywhere else in the proposed park. It also provides the best chance for maintaining genetic diversity for Snapping Turtles living in the area. Two large breeding sites occur along the Sackville River within the proposed boundaries of the Sandy Lake Park. Both breeding sites currently suffer from high degrees of predation due to human encroachment and influences. The good news is that both sites also have a high potential for improvement through human intervention in the form of habitat protection, habitat restoration and enhancement.

For the past three years Hefler Forest Products have been working with the Nova Scotia Turtle Patrol to improve turtle nesting habitats at the larger of the two sites which is located on their property. Although work is still needed to establish a sustainable population, their efforts have led to at least one successful nest in each of the last three years.

Potential nesting sites also lie adjacent to the stream connecting Marsh Lake to the Sackville River Corridor. Additional turtle surveys of Marsh Lake and its connecting wetlands are scheduled for the 2020 breeding season. It is hoped that these surveys will help us gain a better understanding of the role that area plays in the lives of the park’s turtle species. 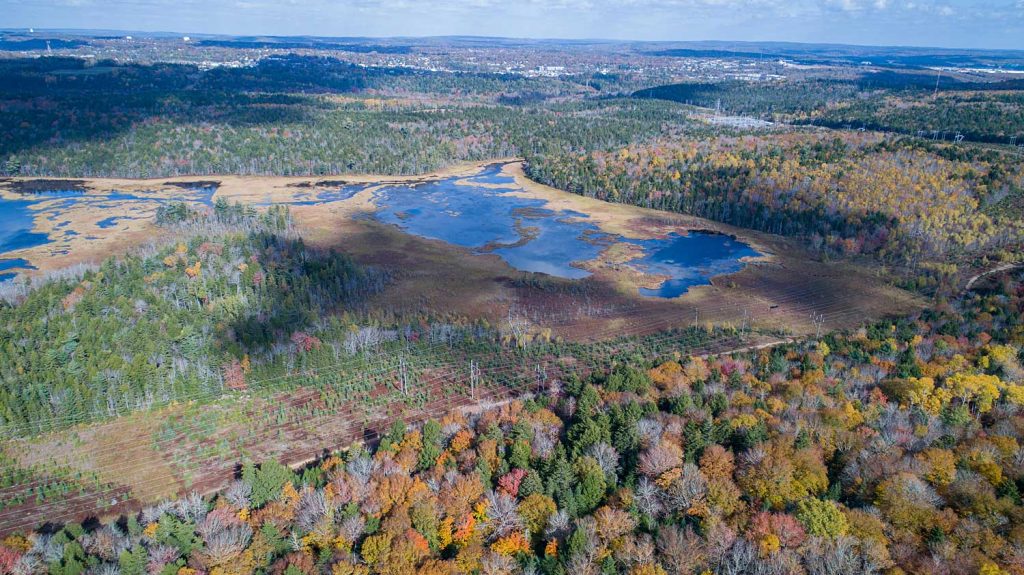 www.theturtlepatrol.blogspot.com/
“The [NS] Turtle Patrol is a volunteer organization that strives to aid in the successful continuation of turtle presence. This blog documents the efforts of the team to encourage the successful nesting, hatching, and breeding of turtles in their natural habitat. Early posts outline how the Turtle Patrol came to be. We are currently looking for Volunteers! Should you wish to contact us please email us: turtlepatrolcanada@gmail.com Or call the hotline: (902) 240-8332” – There are no post on this website after 6 July 2019. I believe now they utilize their Facebook group for most commuincations.

Turtle rescue group founder says government blocking efforts to help at-risk species
CTV Atlantic Published Thursday, August 29, 2019 “One of the founders of a volunteer turtle rescue group in Nova Scotia says the government is blocking his efforts to help a species at risk — the snapping turtle. The man behind what’s become known as the Turtle Patrol says his hands are now tied. Paul Turbitt and his group have installed nest protector works in the past to keep predators from eating snapping turtle eggs. However, the department of lands and forestry told him he couldn’t do it any more- without the proper permits.”

Turtle Patrol wants you to keep an eye out for young snappers
Victoria Walton on Halifax Today Jul 6, 2019