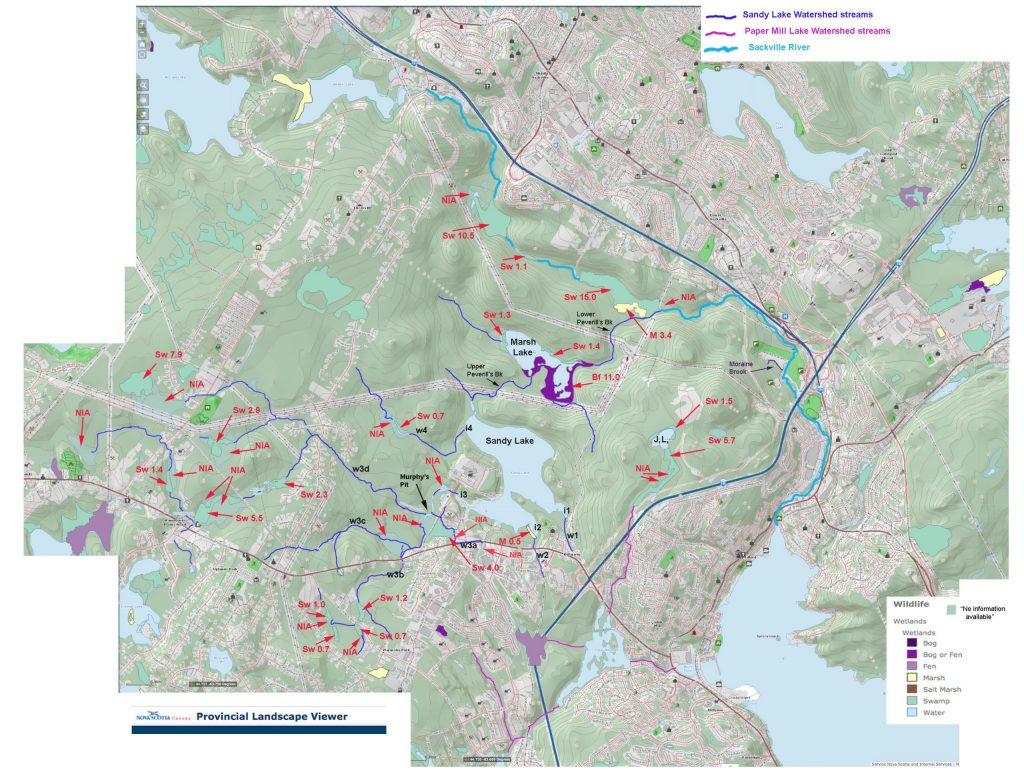 W Fig 1 Wetlands & NIA patches. Numbers refer to the area in hectares for the respective wetlands, from the PLV (no areas are given for NIA patches).

However, the AECOM  2014 map (Fig 3 in AECOM 2014), which is based on the wetland layer in DNR maps, does not include wetland at the fringes of Sandy Lake, along much of the watercourse of Peverill’s Brook, Bob’s (Johnsons) Brook and its tributaries, and Northwest Brook. These fringing wetlands play very important roles in the watershed. Nor do the AECOM and DNR maps include patches of treed wetland, some of which in the Jack Lake lands are quite large.

As well,  the AECOM 2014 compilation of “wetlands”, do not include NIA (no information available) patches which are numerous and significant area-wise.  Wetlands and NIA patches lying on watercourses are highlighted in the map