These figures, from Water Quality Monitoring in the Sackville River Watershed 2015 and 2016 by Bill Ernst and Damon Conrad for SRA illustrate the seasonality, and day to day variation even during peak salt times in winter.

“…At this time, it is only the data from the Little Sackville River site which can easily be accessed for analysis, and the following summary for that site is presented.

“The data analyzed represent approximately 8000 individual data points, which were verified by Environment and Climate Change staff and data which could be determined to be anomalous were discarded (T. Smith pers. com. 2016).

“The data plotted in Figures 5 to 9 represent a relatively continuous timeline. The data were separated into seasons in order to better display differences related to time of year. 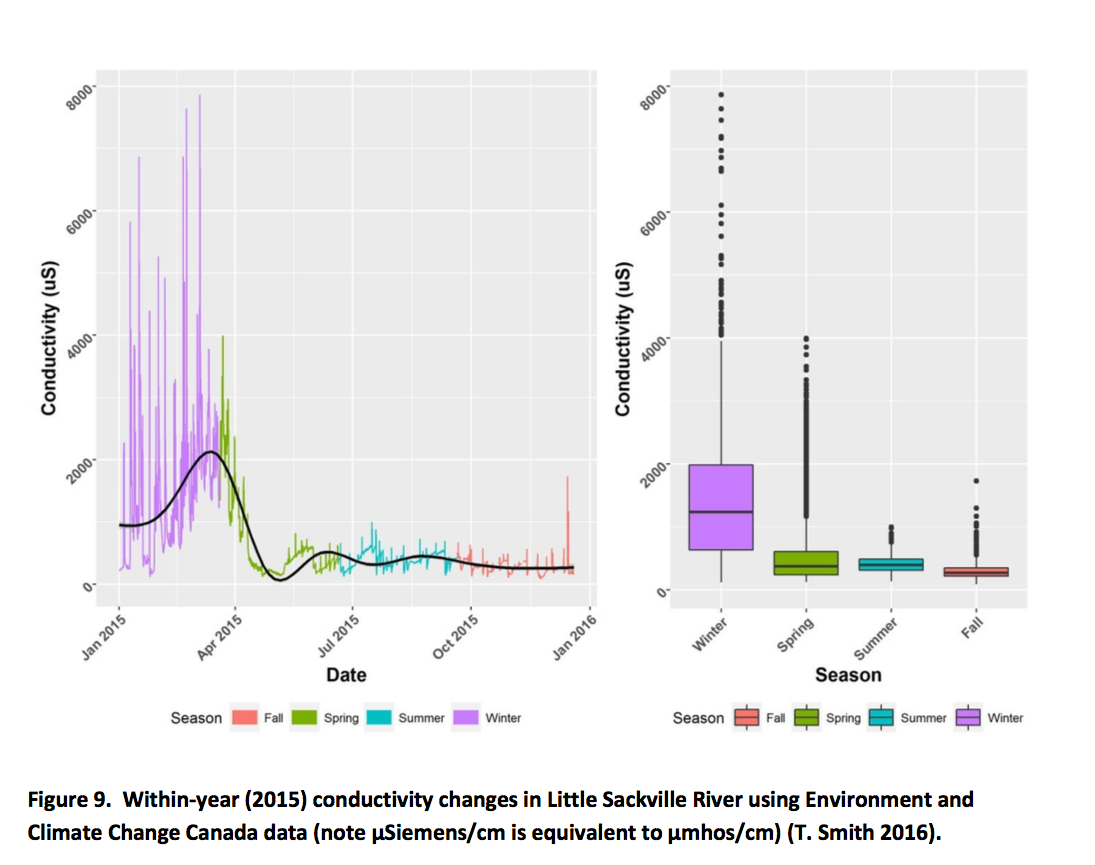 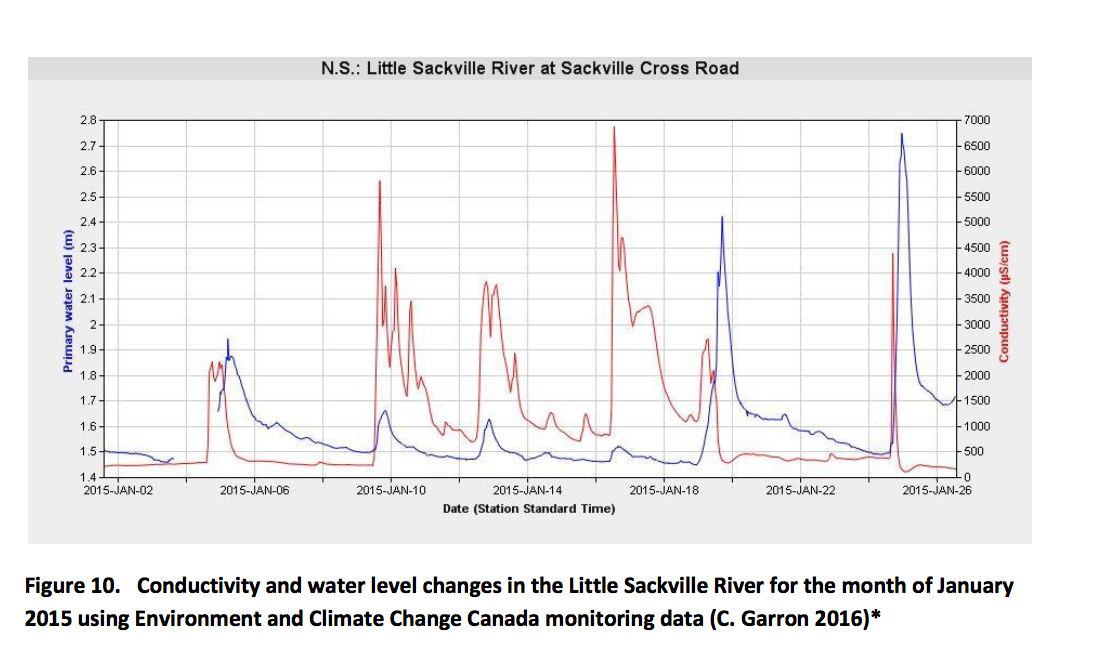