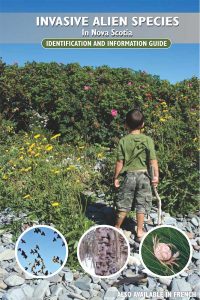 I consider a guide produced by MTRI in 2012 as the most authoritative source of info on invasive species in Nova Scotia currently. (They use the term “alien” instead of “exotic”.)

The MTRI Guide  lists the following as invasive plant species:

and lists these as species to watch out for:

Of those, all are currently present in NS except Woodland Angelica (it is in NB)

I suspect if they were revising the guide today, Rosa multiflora would be on the first list, not the second.

A perspective on iNvasive species, Daniel Simberloff
CBC podcast, ~16.00 on Canada’s wild pig populations are on the rise. How big of a problem is this? Good discussion wit Simberloff on invasives generally (He is authors of Invasive Species: What Everyone Needs to Know.

Also: Species at Risk in Nova Scotia #6 – Fresh Water species
CBC Information Morning “Of all the creatures we’ve discussed in our species at risk series, none may be more vulnerable than the Atlantic Whitefish. Today we’re looking at that critically endangered species.” View also: Wild Atlantic whitefish struggle to survive in Nova Scotia CBC Post). The article talks about chain pickerel and Chinese mystery snail as serious aquatic invasive species in Nova Scotia. 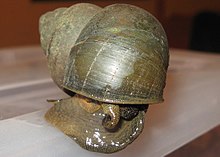 “[SMU Prof Linda] Campbell said Chinese mystery snails eat algae and can change the nutrient cycle of the lake. “They’re introduced through aquarium trades. A lot of people buy them as pets in the pet store. They don’t want these aquariums anymore so they release what’s left back into the lakes…The aquarium trade is one of the top sources of invasive species in our ecosystems across Canada…Campbell said Chinese mystery snails are reducing the amount of food for other fish. We’re finding them in more and more lakes than we realized. They might be more widespread than we really think”.

‘Chain pickerel are non-native to our province. They are veracious predators, so they attack anything that moves from what our experience has been,” Brooke Noddin, the foundation’s executive director, told CBC Radio’s Information Morning on Tuesday. “They not only out-compete and directly predate on native fish species, they also predate on small mammals, amphibians, reptiles — anything that moves.” Noddin said chain pickerel have been known to clean out watersheds quickly.

She said the foundation, which has been conducting content analysis of both smallmouth bass and chain pickerel for four years, once found two baby snapping turtles inside the stomach of a chain pickerel.
“They were still alive and we were actually able to reintroduce them back into the water. A small success story on our part,” Noddin said.

Campbell said freshwater mussels are really important to lakes because they help filter the water, change nutrients in the lake and are also a source of food for many fish species.

“They are fundamental for many lakes across Eastern Canada, but unfortunately the numbers of many of those species are really going down,” she said.