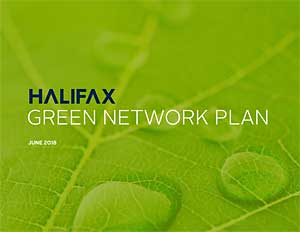 The Final Draft of the The Halifax Green Network Plan, under development for several years,  was released on June 21, 2018.

The Halifax Green Network Plan (HGNP) was initiated in 2015 shortly after the adoption of the 2014 Regional Municipality Planning Strategy (Regional Plan). The 2014 Regional Plan directs the creation of the priorities plan to: “…protect and preserve connectivity between natural areas and open space lands, to enable their integration into sustainable community design, to help define communities, to benefit the Municipality’s economy and the physical health of its people, and to reflect and support the overall purposes of this Plan.”- from Item No. 15.1 Community Planning & Economic Development Standing Committee June 21, 2018

Landscape Level Planning to conserve and enhance biodiversity and ecosystems services within the municipality and across its borders is a key element of the plan. 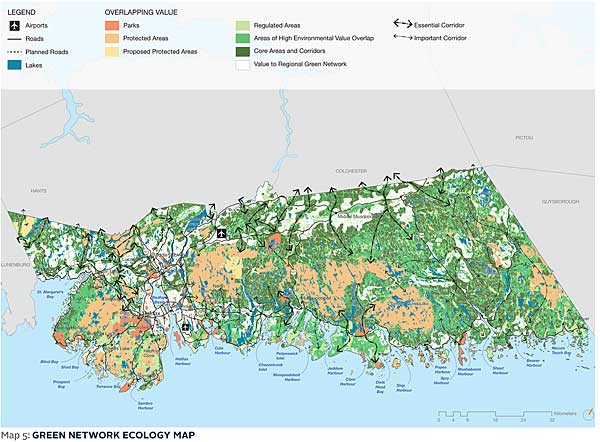 The Halifax Green Network Plan acknowledges that specific forestry practices remain under provincial rather than county/municipality level jurisdiction. Given the well expressed concerns of Annapolis County , we can hope for some recommendations for changein this regard from the impending report from the Independent Review of Forestry Practices in Nova Scotia, e.g., such as those in Ontario where  legislation enabling municipalities to pass Tree Bylaws was introduced in 1946.

Our HRM Alliance has given The Plan high marks after a first reading, writing to members:

The moment that many of us have been waiting for since 2014 when the Regional Plan directed staff to create a greenbelt for Halifax has finally arrived! Halifax Regional Municipality introduced the final draft of the Halifax Green Network Plan on June 21st.

We’re thrilled to see that several of our concerns and priorities for protection of the lands identified in the Green Network Plan have been met. Some highlights of those are [italics/bolding mine]:

This entry was posted in HRM Greenbelt. Bookmark the permalink.