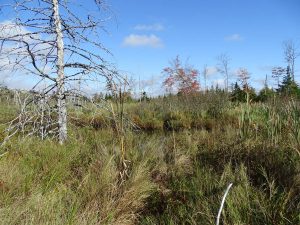 On Oct. 5, flooding trapped at least one car on the south end of Barrington Street in downtown Halifax.

“These have basically all been filled in and covered up, and the rivers have been stuffed in pipes,” he says. “So, out of sight, out of mind but Mother Nature is still working in the background. And particularly in the era of climate change when we get these supercharged rainfall events, that water has to go somewhere.”

There ‘s lots more in the article which also cites these informative sources: 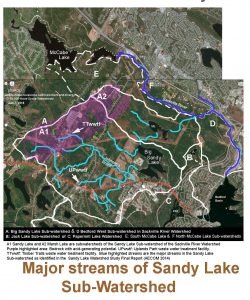 There should be  at least some precautionary notes in it all for Sandy Lake & Environs where there is pressure to develop along  Hammonds Plains Road and to the west of Sandy Lake – that’s    an area of significant wetlands and streams  with forested floodplains that converge on Sandy Lake at its south-west corner.

In principle, the risk of flooding downstream, especially in the   Bedford Mall area,  from possible new development of  lands by Sandy Lake  should have been modelled as part of the Sackville Rivers Floodplains Study (2017).  But it wasn’t.

I attended a public presentation of the  Sackville Rivers Floodplains Study  on Sep 22, 2018 and asked one of the consultants involved why the Sandy Lake Sub-Watershed wasn’t included in the modelling as it is the largest or 2nd largest sub-watershed in the Sackville River watershed, depending on how the watercourses are aggregated.

He said they they were following instructions from HRM, and those did not include modelling of the Sandy Lake watershed. I asked if he knew why.  He said they must have assumed there would be no significant new development in the watershed over the next 100 years which was the timeframe of the modelling. 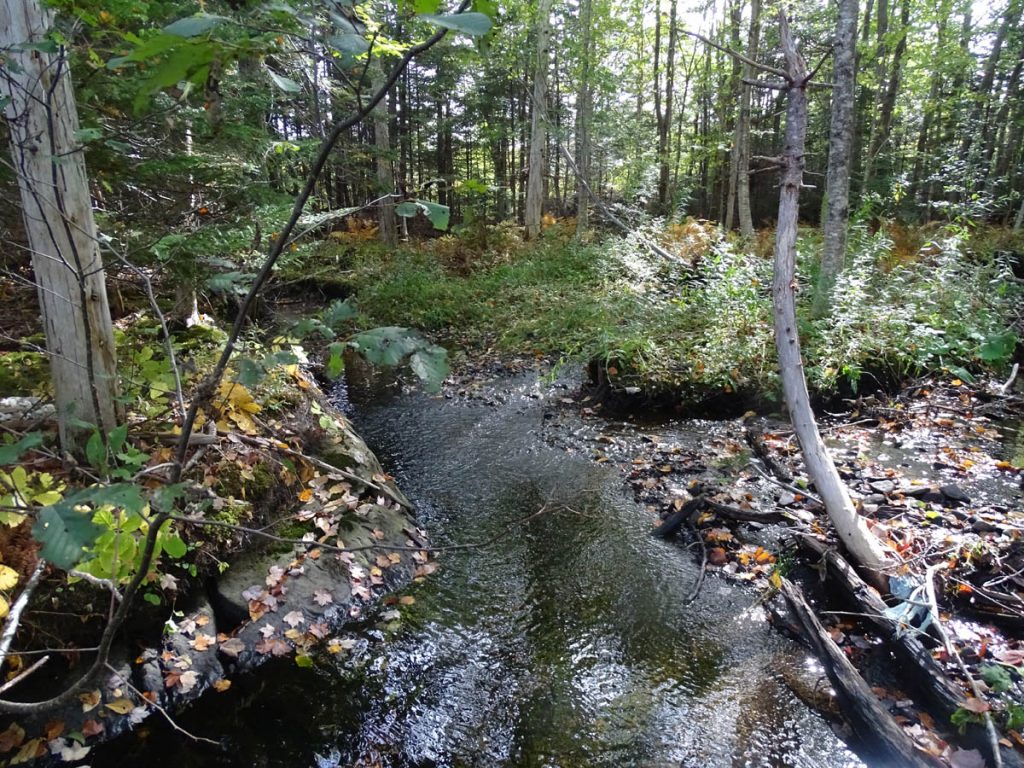 One problem peninsular Halifax doesn’t have after losing its streams and wetlands: salt loading of lakes from the use of road salt in winter, and fertilizers on gardens and lawns in other seasons. It doesn’t have the problem because there are no lakes and the storm water collection system goes directly to the much saltier ocean.

But over much of HRM, the storm sewer system goes into lakes, Sandy Lake being one of them. Virtually all lakes in settled areas of HRM are showing increasing concentrations of salts over the years, revealed by Synoptic Water Quality Study of Selected Halifax-Area lakes: 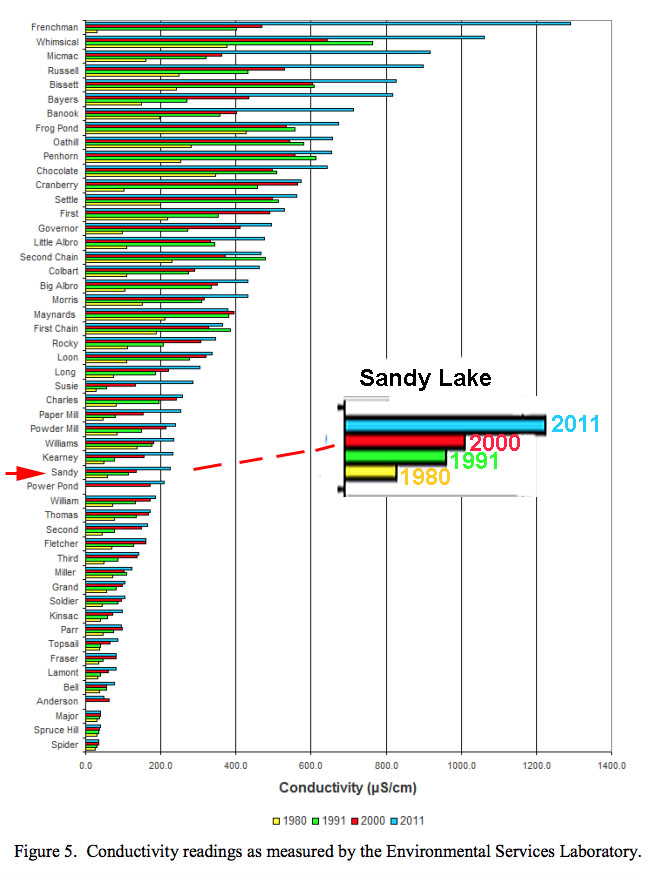 The Electrical Conductivity has to get quite high, in the region of 1000-2000 uS/cm, to begin to have direct deleterious effects on aquatic organisms. But if concentrations of about 800 uS/cm and higher develop in bottom waters of deeper lakes, they can make the water heavy enough to impede seasonal  turnover which is important for oxygenation. Sandy Lake  has a deep area which is important for salmonids (trout, salmon), and is already experiencing some concentration of salt in deeper layers, so this is a concern.  HRM has not yet begun to look at ‘the salt issue’ comprehensively. View more about the salt issue here, and under EC-pH and subsections.

The bottom line: The Halifax Peninsula story reminds us that we  have reason to be concerned about ongoing and possibly new development within the Sandy Lake watershed to the west and southwest of Sandy Lake. 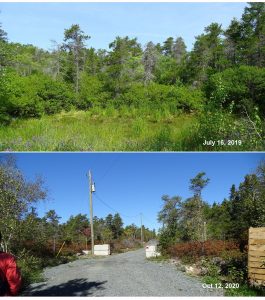 Post-script (Oct 15, 2020): It isn’t only big developments that threaten the integrity of wetlands and riparian areas. I was shocked recently to discover that a small but significant wetland in the Backlands was completely obliterated by a new driveway, along with some of the precious and rare Jack Pine-Broom Crowberry barrens behind it. Apparently, that is all quite legal in HRM and Nova Scotia.

– sandylakebedford.ca/Lakes
Page on this website, view also the subpages.

– For the record: On Sep 22, 2020 Council passed progressive by-law that will help protect lake water quality
Post on this website Sep 23,2020

This entry was posted in Conservation, watershed. Bookmark the permalink.