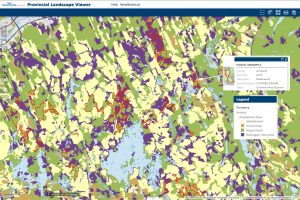 Under the Liberals (2013-2021) a process was set up to implement the recommendations, all the while logging as normal continued. While the practices to be applied to the Ecological Matrix were fully worked out and published in July of 2021, it was not until recently, under the new PC Government (elected in Aug 2021) that those became required practices on new Crown land harvests as of June 1, 2022– with a last ditch grab-the-old-way on already approved harvests.

Environmental  Assessment, also directly relevant, was added in the spring of 2020
The first 3 listed above have essentially been completed. We are awaiting a revised Old Forest Policy following publication of a Draft last fall*
*The draft policy is no longer available on the NRR website. UPDATE Aug 28, 2022. The Updated final Policy was released on Aug 18, 2022 Comment: no substantive change from the Draft Policy floated last fall, e.g., The 140 year age requirement for Tolerant Hardwoods is retained. See Comments on the Draft Policy

We have yet to see anything about Outcomes-Based Forest Management and the Environmental Assessment, both intended, apparently, to reduce demands on NRR staff by allowing more independent decision-making by forestry companies logging Crown lands. The Environmental Assessment could involve a 1-in-ten-year opportunity for the public to comment on ‘proposed’ harvests on crown lands, and possibly – we don’t know – replace the Harvest Plan Map Viewer as the primary notification about logging on Crown lands.

Lacking as explicit projects above are Landscape Level Planning and Protected Lands.

Landscape Level Planning includes all of the factors that will go into deciding which sites on current Crown lands working forest are assigned to the Ecological Matrix (EM) and which to HPF (High Production Forestry); new Protected lands may come into this somewhere. So far, the only publicly available information on such planning relates to (i) lands potentially suitable for HPF; (ii) lands to be protected under the Draft Old Growth Forest Policy, which are essentially unchanged from the 2012 Old Forest Policy and largely overlap with existing Protected Areas

Implement a Precautionary Old Forest Protection Plan that requires a minimum 25% of forest to be in the oldest development stages (Late Mature and Multi-aged/old forest) in each ecodistrict, with at least half of that area on Crown lands. If the total for an Ecodistrict that is currently in the oldest development stages is less than 25%, then there should be no logging on those Crown lands.

Unfortunately, based on the response to recommendations for forestry reform by the Department of Natural Resources*  under successive governments from the Dexter NDP Government (2009-3013) onward,  I anticipate that every wiggle possible will be taken to avoid anything that seriously impacts the access of Big Forestry to remaining high volume Old Forest stands on Crown lands in Nova Scotia; and accordingly, that net loss of Old Forest and associated biodiversity, while perhaps slowed, will continue. Short term profitability for Big Forestry will trump the need to reverse biodiversity loss, Bill Lahey’s recommendations notwithstanding.
* Under the Liberals, it became the the Department of Lands and Forestry and now, under the PCs,  Natural Resources and Renewables.

In other words, I have concluded that protecting ecosystems and biodiversity should not be balanced against other objectives and values as if they were of equal weight or importance to those other objectives or values. Instead, protecting and enhancing ecosystems should be the objective (the outcome) of how we balance environmental, social, and economic objectives and values in practising forestry in Nova Scotia. – Bill Lahey

I hope I am wrong.

View Timeline on this website for more details on where we stand now in relation to implementation of the Nova Scotia Triad.

The passive, or more likely willful, blindness of  NRR  to landscape level issues related to biodiversity continues under the current government as illustrated by the government response to concerns raised by a wide swath of citizens about the logging of AP068499 Beals Meadow: 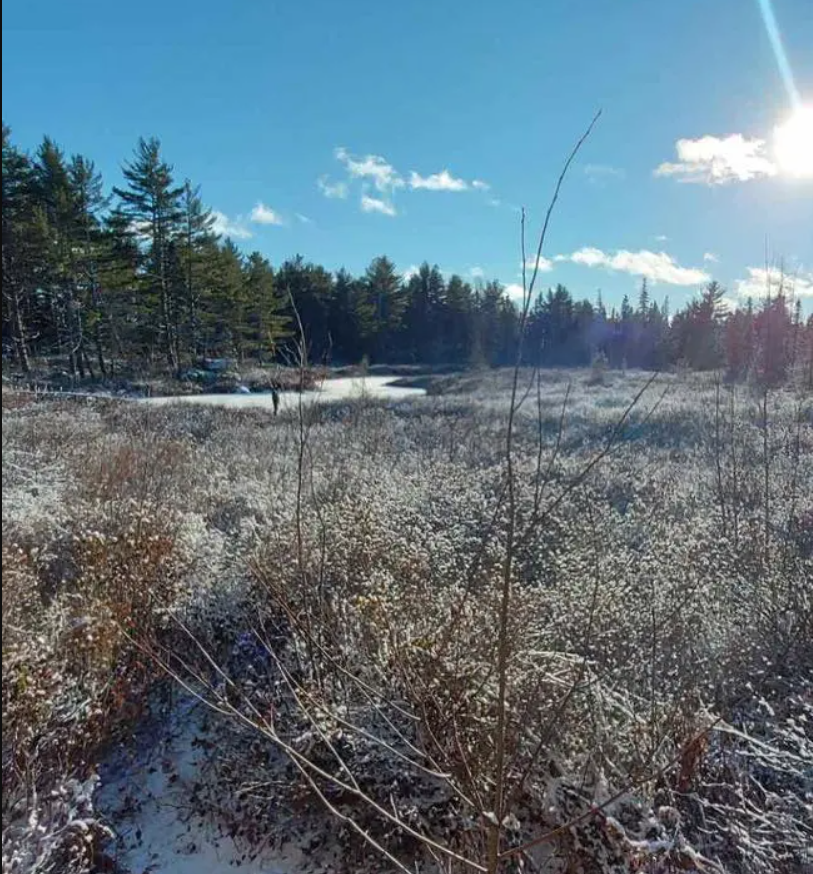 “The eastern end of Beal’s Meadow, close to the proposed harvest area.” Mar 20, 2022.  Extinction Rebellion Mi’kma’ki / Nova Scotia’s post
The heart of the issue is how the decision was made that this forest was available for harvesting. The Lahey report and review point to the necessity for landscape level planning. In other words, before you decide if one particular parcel should be approved, there needs to be a planning process to decide which areas must be protected because they are important to the ecological health of the whole. – Nina Newington on Day 2 of the Last Hope Wildlife Corridor encampment

“Natural Resources official says pending cut adheres to Lahey Report recommendations” – CBC News, Dec 3, 2021
Cited on July 7, 2022: DNRR has officially acknowledged that only 10 hectares of the original cut block is available for cutting. Still, as far as they are concerned, the harvest can proceed. It is, in bureaucrat-speak, ‘at the licensee’s scheduling discretion.’ The planned cut seems to have changed from the original ‘Uniform Shelterwood’ to a ‘High Retention Gap Irregular Shelterwood with the goal of creating and restoring multi aged forest conditions in this white pine/red oak dominated forest through targeted retention of these species.’

Some Related Posts on NSFN 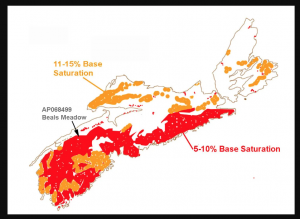 AP068499 Beals Meadow is situated within the area of base depleted, highly acidic, high aluminum soils. Sketch after Fig 3. in Keys et al., 2016.

This entry was posted in Timeline, Triad. Bookmark the permalink.